Maven (not the space probe) 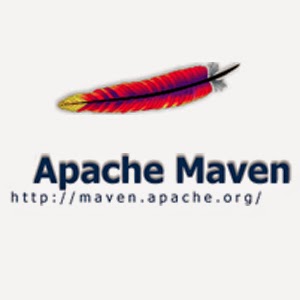 Until recently I had always used ant and ivy to manage building my Java projects. It works well except for one really annoying thing. Actually maybe it is several. When you have a team of programmers maintaining ant scripts it is easy for standards to drift, various projects have ‘special needs’ in their builds and that has to be catered for. Sometimes people just create projects with a different directory structure because they feel like it. I’m all for freedom of choice in these matters, except when it is late at night with a delivery in the morning and I am trying to work out someone’s odd build arrangement that isn’t working. Then my inner fascist surfaces and I wonder if we couldn’t do better.

So I moved all (um, nearly all) my projects to use an included ant file containing all the standard targets we need for a build and the builds just have to conform to those. That worked quite well, then the really annoying thing turned up.

I wanted the builds to be easy to get started, so you can pull the project from source control and just run the build. I’m assuming ant is already installed, but I’m not assuming anything else. What about ivy? Okay, my included file looks for an ivy directory and pulls the ivy jar file if it isn’t there. Ivy pulls everything else.

What about the include file? Well that has to be committed into the project. But it is the *same* include file in every project, committing multiple times violates DRY. Yuck. Plus when I change it I have to change it in lots of places, well that’s why we say DRY, isn’t it?

You’ve already seen the title so you know where I’m going. I thought I would try maven. Maven uses plugins to do those targets the include file delivers but, because plugins are just jar files they can be managed as dependencies, so maven will pull whatever plugins I specify from the repository. They’ve pretty much all been written already and I just have to conform to the standards they dictate. That means so does everyone else and we all understand they layout etc of our projects and how they are built. Great. Even better, you just have to have maven installed then any build you pull can be just run by invoking maven. No need to do tricky things with a dependency manager. The entire build+dependencies for the project is defined in a pom.xml file.

How does this work in practice?

Quite well, better than I expected in fact. But there are a some tricky bits that weren’t immediately obvious.

First, all my builds use MaduraDocs which was basically an xsd to define the format, a couple of xsl files and a load of ant files to pull it together. Every build uses MaduraDocs. So it was immediately clear this would have to be a maven plugin. That was good. Rewriting the scripts into Java made them simpler and I could make use of some OO techniques to make things more flexible. I ran into one issue there: how does a project build when it depends on a plugin that is itself. MaduraDocs depends on the MaduraDocs plugin. Well, I cheated a little. I invoke the MaduraDocs code from one of the tests and that builds the documentation for MaduraDocs itself, rather than invoking the plugin.

MaduraBundles is even more fun. The test code requires three small jar files to be built and loaded into a sweep directory. MaduraBundles loads small jar files as sub-applications and the tests have to try that out. Maven is *very* keen on the ‘one project one output’ approach and this project doesn’t actually violate that, it just needs to generate some test jars. This is the most complex and the oddest of my projects. It works and is not so very complicated, but I suspect this is a rare case of extreme complexity.

Finally MaduraRules needed another maven plugin and this one generates source files, so it has the same issue that MaduraDocs has in that it must avoid invoking itself, and it needs to have the generated code added to the test code for compiling. In practice the code that does the work is invoked by tests in the MaduraRules project and the plugin is a simple wrapper to that code placed in a separate project.

These tricky bits took some working out but overall it ends up simpler, I think. One of the things that made me sceptical of maven initially was how I would handle the various configurations I was using in ant+ivy. When using Ivy I normally had configurations for test, compile, package, build and so on. I could define whatever ones I wanted and just use them. I could pull all the dependencies of, say, the build configuration, into a directory and use that as the classpath for the build. Specifically I would use this for invoking JAXB to generate Java from an XSD file or to generate rules from a rules file. I knew that maven had more strictness around this with a specific set of phases that, while it could be extended, was best left alone. How would I manage my builds?

There are some more things in maven that I haven’t had to look at closely. It seems the pom.xml file can specify a parent to inherit, which means if you have a lot of common stuff in your pom files you can consolidate that into one file and inherit it. Superficially this looks like the included ant file I mentioned earlier but there is a key difference. The parent pom file can be kept in the repository and fetched by the maven dependency manager. That means you don’t have to violate DRY, and you still don’t have to jump through hoops to get the parent file into your project.

So for me the maven builds turn out generally simpler, more consistent and there is no violation of DRY.